How to tip your driver in India 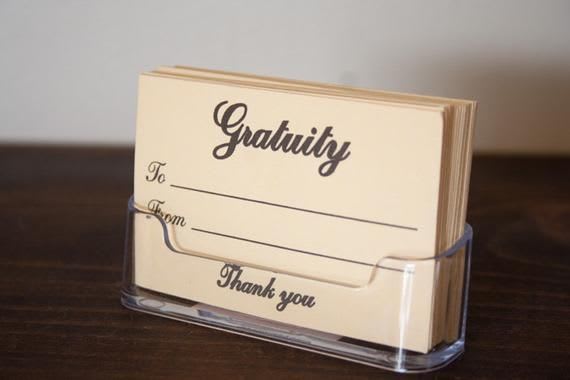 Wherever you go, there's a debate about tipping. Those for it say it encourages better service and helps businesses keep prices low. Those against say it reduces authenticity and encourages businesses to pay unfairly low wages. We won't settle this debate here. But what we know is that for better or worse, the travel industry in India has largely embraced tipping, and this includes drivers.

So knowing you'll likely tip your driver, how much should you give? To some extent that's a personal question. But one way to approach it is to start with the facts:

So let's assume hypothetically that your driver makes exactly ₹1,000 a day. What is a reasonable tip to pay? Again, this is a personal question, but I'll venture to say a daily tip of somewhere between ₹100-₹400 is reasonable, with the latter end of the range being clearly generous.

So why is it that you may tip your driver within this range, maybe even on the high end of it, and not get the delighted reaction that you'd expect to see? The reason is partially cultural and partially economic.

In some cultures, the idea of accepting a tip is vulgar. I was in Japan a few months ago and recall an episode where an American intentionally left a larger bill than necessary for the drink he had ordered and ambled away. A minute later, when the bartender realized what happened, he walked up to his customer, sincerely apologized for the delay, dutifully returned to the customer his change due, bowed, and then returned back to his post. This wasn't some affected performance. The bartender had a deep culturally engrained, almost instinctual reaction, that caused him to act in this way. In India, no bartender would have that reaction. Its just not in the culture.

Economically, India has a relatively high Gini Index, which means it is not uncommon for those on the receiving end of tips to earn an order of magnitude less income than those on the giving end. Combine this with the fact that your driver knows he's never going to see you again and you have a toxic cocktail. His rational course of action is to try and extract as large a tip from you as possible, with the belief (possibly false) that whatever amount he asks for is unlikely to be consequential to you.

This is why a driver who, otherwise agreeable the entire time you've been with him, suddenly turns extremely dissatisfied with your objectively generous tip. He asks for more. A lot more. ₹500 a day. ₹700 a day. The longer you've been with him, the more persistent he is likely to be in his pleading. This is bargaining - the same that you've experienced if you've ever been to a roadside souvenir shop in India. There's nothing else to it.

By no means is this the most common way a driver will react to being tipped. I mention this only because a minority of drivers, even otherwise good drivers, do react this way. I have experienced it myself. And I'm writing this article having heard it happened to a customer who just concluded an otherwise very pleasant extended journey.

Even if you know you left a good tip, its a sour feeling to witness the "bargaining driver" reaction. By leaving a tip electronically afterwards or prearranging it with your tour operator, you avoid the situation entirely, which may be best. But if you do plan to leave a cash tip, my advice is this:

At Stayfari, we offer car and driver services throughout India, Sri Lanka, and Nepal. To learn more about what to expect from our services, click here.

Rakesh Thakor is a driver based in Gujarat, India.…

Ravi Singh is a driver in a Palampur, Himachal Pradesh.…

Narinder is a driver based in Roper, Punjab, India.…